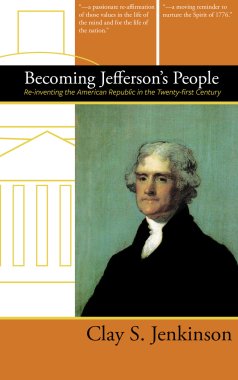 “A Jeffersonian believes that books are at the center of any full and mature life. Thomas Jefferson approached life essentially through books…Reading was one of his favorite activities. He prepared himself for adult life with the severest possible course of reading. For a significant period of his life, from about the age of fifteen to twenty-five, Jefferson essentially read every waking minute of every day. With the possible exceptions of Theodore Roosevelt and John Quincy Adams, Jefferson was intellectually the best-prepared president in American history.

“…Jefferson’s reading habits were eclectic, but he clearly preferred non-fiction, and his immense library was essentially a reference collection. What Jefferson wanted most were information, facts, data points, and statistics. He saw books primarily as information delivery systems. He would be pleased at the size, scope, and accessibility of the public library system in the United States, and thrilled at the world wide web and the internet.”

“The main problem behind our insufficient deep reading is a frenzied pace and boundless digital distractions, but we have also passively let the potential for reading quantity undermine the habit of repeatedly reading quality – of returning again and again to a small number of important texts…”

“Both the paucity of books and his own intellectual bent led Lincoln to repeated reading of a relatively small number of books. He did not skim across the top of a thousand books but immersed himself in a dozen or two.”

“Be careful, however, that there is no element of discursiveness and desultoriness about this reading you refer to, this reading of many different authors and books of every description. You should be extending your stay among writers whose genius is unquestionable, deriving constant nourishment from them if you wish to gain anything from your reading that will find a lasting place in your mind.” 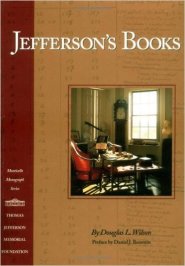 I picked up this monograph at Monticello, and at least for this lover of books, it was delightful. Douglas Wilson shows us the founding father as reader and book collector, featuring images of his reading lists and diagrams classifying types of knowledge (Jefferson was a great list maker and was perhaps most himself when classifying things). This treatment of Jefferson and his books was generally educational, practically instructive, historically interesting, and above all, fascinating. “As Jefferson’s library revealed,” Wilson writes, “books were for him not ornaments but instruments for coming to terms with the world.” (See my blog post on this book here.) 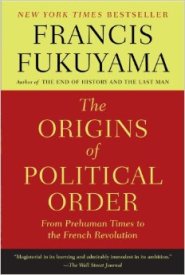 2. The Origins of Political Order by Francis Fukuyama

The eminent political scientist of “End of History” fame does it again. Here he traces the development of political institutions through world history, beginning with our hunter gatherer ancestors and showing how the first modern state developed in China, rule of law in India, and an accountable state in Europe. Fukuyama is nothing if not ambitious, drawing on disciplines as varied as anthropology and evolutionary biology to offer a unified theory of state formation and political stability. 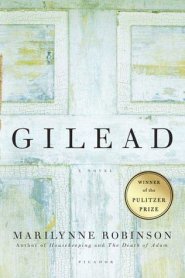 Everyone and their aunt had recommended this novel to me, so I finally read it, and I was captivated by its penetrating beauty. Robinson masterfully gives voice to a Midwestern preacher in the last days of his life who is writing to his young son, offering an account of his times that showcases Robinson’s eye for the terrible beauty that imbues so much of the ordinariness of life. The Washington Post was right in saying of this book that “one feels touched with grace just to read it.” This is a generations-spanning family drama that does the soul good. (See my blog posts on Gilead here, here, and here.) 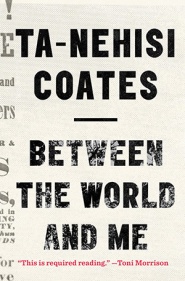 4. Between the World and Me by Ta-Nehisi Coates

If nothing else, Ta-Nehisi Coates is a fearsomely powerful writer. His June 2014 Atlantic cover story “The Case for Reparations” sparked a national conversation on the notion that Americans need a reckoning with the legacy of racism and injustice against blacks. Between the World and Me is a harrowing meditation on what it means to be black in America and what this says about America. Coates’s words are a cry of protest and an indictment on our nation, which he says was built on the backs of blacks, whose “bodies,” as he so frequently writes, remain completely unsafe from the depredations of a thoroughly racist system. (See my blog post on this book here.) 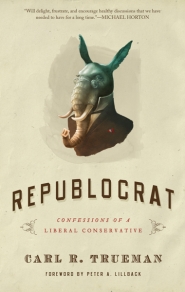 5. Republocrat: Confessions of a Liberal Conservative by Carl Trueman

In this book Trueman, a British transplant and professor of theology and church history, skewers Left and Right as he calls on Christians to engage politics intelligently and responsibly. A pro-life, pro-traditional marriage supporter of stricter gun control and universal healthcare, Trueman brings the valuable perspective of a foreigner, one who is also a careful thinker and is concerned more with responsible Christian engagement with political issues than with who is up or down in the perpetual war between Democrats and Republicans. At least for this lover of all things political, this book is a helpful tonic that cuts both ways and encourages me to engage more thoughtfully, carefully, and even lovingly. 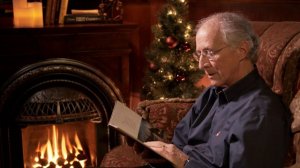 I’ll venture to say that most people (including me, as attested by the fact that Les Misérables has been sitting in my bookcase untouched for quite a while) hesitate to read big, serious, excellent books, even when we know that reading them will benefit us, because of their intimidating size and because we know that reading them will require lots of time. But in passing on these books – many of which are rightly considered classics and have shaped the thinking of people we admire as well as history itself – we’re depriving ourselves not only of practical, intellectual, and spiritual benefits but also great enjoyment. As a way to encourage you (slow readers in particular, take heart!) to tackle more of these kinds of books, here’s some practical advice from John Piper, which he gives in my favorite book of his, When I Don’t Desire God: How to Fight for Joy (Crossway, 2004).

“Suppose you read slowly like I do – maybe about the same speed that you speak – 200 words a minute. If you read fifteen minutes a day for one year (say just before supper, or just before bed), you will read 5,474 minutes in the year. Multiply that by 200 words a minute, and you get 1,095,000 words that you would read in a year. Now an average serious book might have about 360 words per page. So you would have read 3,041 pages in one year. That’s ten very substantial books. All in fifteen minutes a day.

“Or, to be specific, my copy of [John] Calvin’s Institutes has 1,521 pages in two volumes, with an average of 400 words per page, which is 608,400 words. That means that even if you took a day off each week, you could read this great biblical vision of God and man in less than nine months (about thirty-three weeks) at fifteen minutes a day” (129).

In his excellent article, “Book Hunters in the New Dark Ages,” Paul Miller (you can read his writings on foreign policy here) makes an impassioned call for a new generation of “book hunters” – referring to men in the Middle Ages who tracked down and preserved ancient manuscripts of great works (for example, those of the Roman statesman Cicero, many of which were lost). He argues that in today’s postmodern culture where truth is increasingly whittled down in a sea of relativism, this undertaking is necessary to preserve the best of culture and even our civilization itself.

I loved the entire piece, but I was downright floored by this excerpt because it articulated, in a way I wish I could, exactly what I try to accomplish through this blog, where I hold up excerpts from books for others to read, appreciate, learn from, and grow:

“The times call for a new generation of book hunters. Like the book hunters of the Middle Ages, the new book hunters take it as their mission to uncover and salvage the best of what came before: to cherish it; hold it up for praise and emulation; study it; above all, to love it and pass it on. The new book hunters sift the cultural artifacts of the world – in our era, not limited to books – to separate the wheat from the chaff, to weed out the unworthy and cultivate the fruitful and edifying, to recover the scattered, forgotten gems amidst the avalanche of trash.” 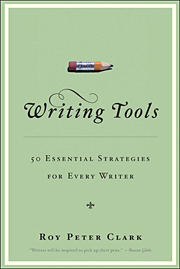 In his helpful book Writing Tools: 50 Essential Strategies for Every Writer (Little, Brown, 2008), Roy Peter Clark offers these “tricks” for writers, though they can be used by anyone who wants to improve their writing. Do you ever do any of these? 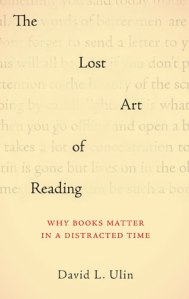 When’s the last time you committed a poem to memory? What about a phone number or an address? Most of us don’t need to do these things any longer. Google, our laptops, and our many smart toys have made the need to commit information to memory obsolete. This isn’t necessarily a good or bad thing, but perhaps it’s worth reflecting on this change and what it means for our brains and our society.

“On one level we are relegating more and more of our mental operations to various technologies, with digital devices increasingly acting as prostheses for our faculties. We entrust our sense of spatial orientation to satellite navigations systems; we give mathematical calculations over to the appropriate gadgets…we have less need to remember information ourselves when so much can be stored in our computer’s memory. The feats of memory recorded in oral cultures, or performed by Soviet poets and writers under censorship, seem hardly credible within our zeitgeist. Nadezhda Mandelstam memorized all of her husband’s poetry because it was too hazardous to write it down. Solzhenitsyn committed to memory each page he wrote when he was imprisoned in the Gulag, and the destroyed the evidence. Such powers of retention are unimaginable to most of us and they may become even more so, as we transfer memory to the many storage places available to us – there to be filed way, for instant and effortless retrieval” (89).

From Cover to Cover
Create a free website or blog at WordPress.com.